I don’t want to write this, but I must face the fact that the Maybot has just signed the Brexit withdrawal and draft future trading agreement with the other 27 EU countries. There was no argument from the EU, Unity was preserved, much to the delight of the 27, though they do look rather shell-shocked, reminiscent of Gove and Johnson the morning after the referendum result. Spain in particular was cock-a-hoop, crowing that co-soverignty over Gibraltar was now a clear prospect. 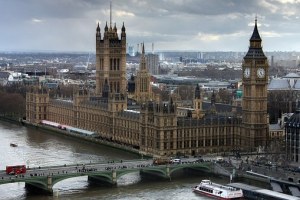 I console myself with the fact that there is little chance of May getting the so-called deal through the Commons. The troops are lining up to shoot her down, or stab her in the back, depending on your pov. It says something when the Scottish Nationalists, the Democratic Unionists, Labour, the Liberal Democrats and even many Conservatives on both sides of the Leave/Remain argument can come together in their condemnation of what Jeremy Corbyn called a ‘miserable failure of a negotiation’ which offers the ‘worst of all worlds’. Good description, JC, though why couldn’t you have spoken up and offered some leadership earlier in the debate?

Now we wait and fret until the ‘meaningful vote’ in the House, in a couple of weeks time, time the PM will spend attempting to buy loyalty from her party and threatening future calamities for the UK if her deal is rejected. I pray the current opposition from all sides to the deal holds and that our politicians, for once, put the interests of the country before personal gain and don’t bottle it.

So we are to believe that there has been a seismic shift, the world has changed, that we are undergoing  an essential transition from Welfare State provision ‘cradle to grave’ society to a new, tough, lean, individualistic era, where borders must be strongly maintained and scroungers must be rooted out and forced to contribute, or starve. A world where the old tenets of universal free healthcare and education (remember free education?) were our shining beacons to a less enlightened world. Where we were an example to follow, a civilised and compassionate example, following the ‘from each according to his abilities, to each according to his needs’, assumed to be an appropriate maxim from which civilised societies could develop social policy. When did these principles become disdained, outmoded, impractical and obsolete? When did we decide to let the disadvantaged  go to the wall?

Well, the signs were always there, mostly we chose not to look. From Thatcher’s ‘No Such Thing as Society’ to supposedly entertaining TV programmes, such as ‘Benefits Street’, ‘Can’t Pay? We’ll Take It Away!’ From the not-so-subtle changes in the labels of benefits from ‘Unemployment Benefit’ to the current ‘Job Seeker’s Allowance’, from ‘Family Allowance’ to ‘Child Benefit’. What was once proposed as a safety net into which anyone might fall, regardless of prior industry, the current benefits agenda seems designed and publicised to cater only for the alleged feckless, the lazy, the ignorant, the Chavs, the-un British. Oh yes, the signs were there, uncaring and growing in malevolence.

If you were fortunate enough to be born at the optimum time for the post WW2 boom, you may find the ‘new times’ strange indeed. No help for benefits scroungers, foreigners not welcome, ‘not paying for these scroungers out of my taxes’. What happened to the ideals of compassion, working together, Europe united, instead of at war? The Berlin wall coming down and people rejoicing, that was a day to remember. For a few brief years, it seemed as though we were indeed marching to the same tune, moving forward together, leaving the old world of borders, barriers and division behind. It was an exciting time, a great time to be alive and part of this inclusive movement.

But then a few things changed people’s thinking. Did Britain’s coal and steel industries really need to close down? Did the USA’s? The politicians said they must, that they were too expensive and that we could import coal and steel more cheaply from Poland and South America. Really? Cheaper than throwing thousands of US and British workers out of employment? That seemed unlikely, but it’s what happened. You must decide for yourself if it was indeed a bargain, and if so, for whom. Just have a look around the ‘desolate North’ of England or the ‘rust-belt’ states of America. Fracking for gas hasn’t yet got underway in Britain, but we are repeatedly told that it has been a boon for the US. Really? Who benefits? And what about the cost to the Planet and the Environment?

Then we had the financial crash of 2008. Was this just the consequence of a few greedy and unscrupulous bankers going money and power crazy? Really? Who benefited? Who paid the cost? Most people would agree that it was the taxpayer, in Britain, who ‘baled our the banks’. The rich didn’t seem to suffer unduly and they don’t seem to have experienced any lasting damage, unlike the public, who are still paying, in terms of near-zero interest on savings and the constant struggle, as PM Theresa May calls it, to ‘just manage.’ Frozen salaries, part-time working, zero-hours contracts, these are all evils we have become familiar with since the financial crash. But again, ask yourself, who benefits, who pays?

These are not new times. The rich get richer, the poor suffer ever greater losses. It was ever thus.  Remember this as you are bombarded, over the coming weeks and months, with spurious explanations for the ‘New Times’. And always ask yourself, always look for the bottom line, Who Benefits?