SoilSo, the new Doctor is female, who’d have thought it? Come on, it’s only taken 50-odd years for the regeneration of the Timelord into the Timelady. Or is that me being sexist? And elitist? Honestly, you can’t open your mouth these days without giving offense.

Anyroad up, as they allegedly say in Yorkshire, what’s the difference? Gender roles in film and drama seem to be interchangeable these days. We have Superman and Wonderwoman, Spiderman and Lara Croft, Batman and Catwoman. But if you haven’t seen the difference, you’ve been asleep in front of the screen.

These thoughts led me to wondering about how the Doc, as an either/or, might have been conditioned as a child. For that we need to go back-a-ways, s/he has been around since the year – only Who knows? And also, the Doc, sorry to break it to you so crudely, is non-human. Yes, I know the character has been portrayed as a human, David Tennant, Tom Baker, William Hartnell et al portraying him over the years. But he’s never been human, he’s an alien, a fugitive from the planet Gallifrey, and he twoced the Tardis, when he fled from his fellow Timelords, way back in the day. All very normal, for an antihero. But the Doc is a hero, or at least he’s become one over the course of twelve series, with a correspondingly heroic fanbase. They love him. So how will they take to her, number 13?

Will the new incarnation be allowed to scruff out, like David Tennant, in a fleabitten pair of old tennis shoes, heavy stubble and an unflattering mac? Or act completely outre, as did Tom Baker, winding himself up in that striped scarf, mad as a box of frogs? Will she be permitted to show her genius, her vulnerability, her ego, her age, her complete range of attributes? I hope so. I don’t want to watch a fashionable, perfectly groomed, freshly manicured and eyebrow-threaded performance. Will we be able to forget that the Doctor is a female? We should. Will the production team bite the bullet and let the actor act? I hope so.

A lot of young girls are longing for this opportunity to breakaway from the tyranny of body-image, the banality of beauty-worship and the strait-jacket of sexuality. Will the 13th Doc be given the chance to do all that, in however-many episodes? Or will we be able to guess that the conditioning on Gallifrey was as limiting for females as it is here on the Blue Planet, and that she is constantly being reminded to ‘look good’ and not to get ‘dirty’? 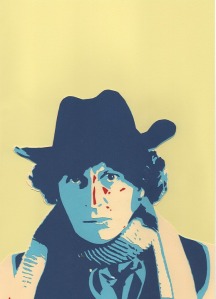